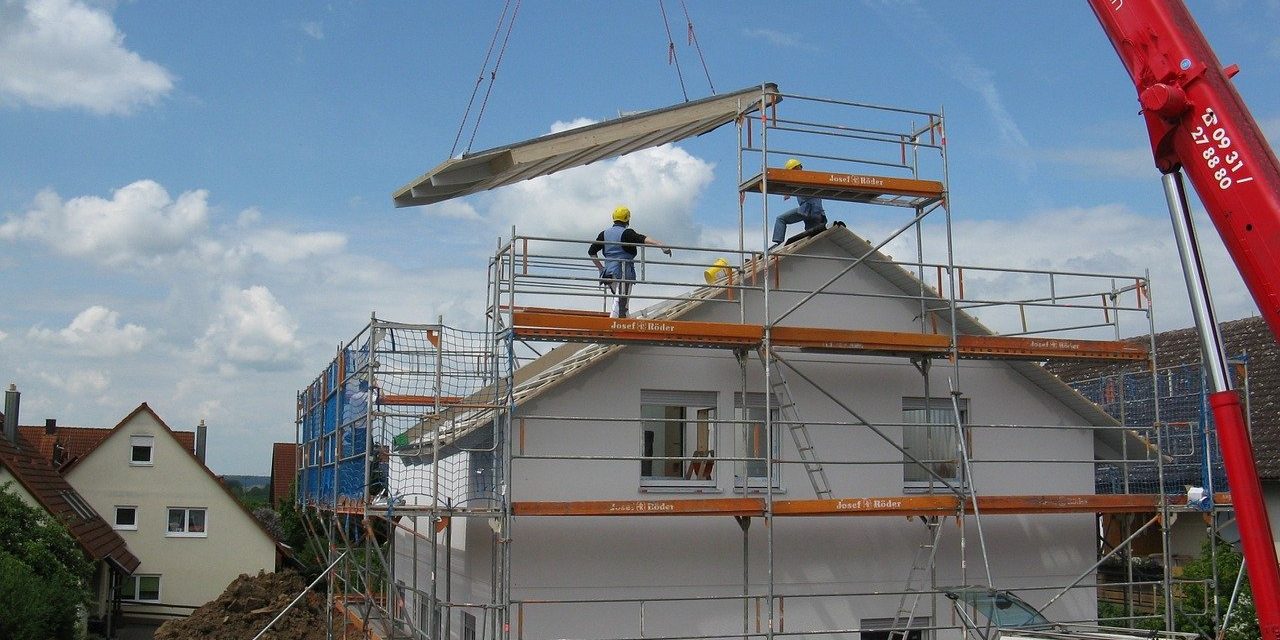 New homes and hospitals will be granted “automatic” permission to be built as part of sweeping planning reforms in England, the housing secretary says.

Robert Jenrick announced a “permission in principle” will be given to developments on land designated “for renewal” to speed-up building.

It comes after the PM pledged £5bn to “build, build, build” to help soften the economic impact of coronavirus.

Shelter has warned against any reforms that lead to “bad-quality” housing.

The homeless charity has said 280,000 homes received permission in England between 2011 and 2016 but were never built.

Writing in the Sunday Telegraph, Mr Jenrick said that, under the new rules, land will be designated in one of three categories: for growth, for renewal and for protection.

And he insisted: “We are cutting red tape, but not standards.”

However, James Jamieson, the chair of the Local Government Association, said the idea that planning was a barrier to house building was “a myth”.

“Nine in 10 planning applications are approved by councils, while more than a million homes given planning permission in the last decade have not yet been built,” he said.

“Only last week the government’s own independent report warned of the worse quality of homes not delivered through the planning system. We urge the government to heed these warnings and not further sideline the planning process.”

The changes being brought forward this week are expected to only impact England, as national planning policy is devolved to administrations in Scotland, Wales and Northern Ireland.

Mr Jenrick said that the country’s “outdated and cumbersome” planning system had contributed to a generational divide between those who are homeowners and those who are not.

There has been criticism in recent years of the amount of time it takes to get planning permission.

He said that, under the existing guidelines, it takes an average of five years for a standard housing development to go through the planning system.

“Land designated for growth will empower development – new homes, hospitals, schools, shops and offices will be allowed automatically,” he added. “People can get going.”

Areas of outstanding natural beauty and the green belt will be protected.

“For too long home ownership has remained out of reach for too many, as a complex and outdated planning system has failed to keep up with the needs of our country,” Mr Jenrick added.

“I am completely overhauling the system so we can build more good quality, attractive and affordable homes faster – and more young families can finally have the key to their own home.”

But Mr Jenrick says the new plans will also focus on quality and design, drawing on inspiration from the idea of design codes and pattern books that built the picturesque city of Bath, model village of Bournville and wealthy district of Belgravia in London.

Eco-friendly homes with new spaces and parks nearby would be built, he added, saying local authorities will move away from placing notices on lampposts towards an interactive online system.

The Federation of Master Builders, which represents small traders, has previously said construction output fell to historic lows due to the coronavirus pandemic and that streamlining planning applications would bring forward new developments.

Mr Jenrick said the reforms would “create thousands of new jobs, from bricklayers to architects”.