Pavement parking could be banned in England

You are here:
National NewsNews 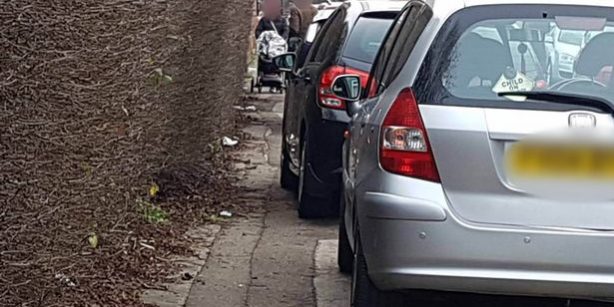 Parking on pavements could be banned in England to help pedestrians, the Department for Transport has said.

With the exception of London – where a ban already exists – only lorries are currently prevented from pavement parking.

The government is to open a consultation on whether to give local authorities more parking powers.

The AA, however, has warned a ban could have “unintended consequences” and cause more widespread “parking chaos”.

The consultation comes after a committee of MPs last year called for a nationwide ban on the “blight” of parking on pavements.

Witnesses told the Commons’ transport committee that the worst cases of pavement parking were effectively trapping disabled, elderly and vulnerable people, making them “afraid to leave their homes”.

The cross-party group said blocked-off walkways were also exacerbating the issue of loneliness in Britain.

Transport Secretary Grant Shapps said: “Vehicles parked on the pavement can cause very real difficulties for many pedestrians.”

He said the consultation would look at a variety of options, including giving local authorities extended powers to crack down on this behaviour.

Conservative MP Huw Merriman, who chairs the transport committee, welcomed the consultation, noting that the government had promised in 2015 to look into the issue but consultations and reviews had failed to improve roadside conditions.

“This government has signalled an intent to finally deliver change,” he said, adding that detailed timings were needed.

Why are disabled people still being shut out of TV?
23rd March 2020